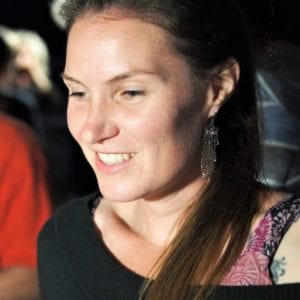 Sarah Francis is an Australian/Kiwi communications specialist who has worked with vulnerable young people in Aboriginal Australia, East Timor and Nepal for the past fifteen years.

Having completed a Diploma in Screen Production with SIT, Sarah is a freelancer operating under the name Films for Good, using videos to promote social and environmental causes. She has also written and directed five short films.

In her first year of filmmaking she received seven nominations for four films, and tied for Best Silver Reel Film and won Best Student Film at the 2020 Top of the South Film Festival for Pray, Love, Eat (2020). RIDE (2020), also won the novice category at the 2020 Awanui Film Awards at BullerFest.

She is keen to continue creating films with the wonderful film community in Nelson, New Zealand.