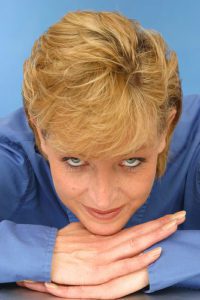 The curtain falls, lights break through the dark and you can feel the residual energy of their collective experience lingering over the audience as they slowly come back to reality.

Entertainment is in my DNA – creating,performing or producing is where I am most comfortable.

Moving from writing, producing and performing in local theater performances in the 80’s and TV commercials in NZ in the 90’s I moved to London in 1994 and commenced working part-time with the BBC, Pinewood and other screen production companies as a regular bit-part actor on a multitude of TV series, short films, commercials, documentaries and feature films.  During that time I maintained my stagecraft through continual training and dance lessons and was lucky to gain a number of screen credits as well as an IMDb credit in 2004 for my portrayal as Princess Diana in BBC’s ‘Diana – The Legacy’ (Jyoti Verge).

My ‘day job’ at the time was as a Management Development Trainer facilitating Dale Carnegie group training sessions throughout the UK and Europe from 1995-2004.  After returning to NZ and recently achieving my NZQA Diploma in Screen Production, Content & Creation, it turns out that I have a Director’s heart but that my management development skill-set in executive coaching, event and project management translate quite nicely into key aspects of Film Production, Coordination and AD responsibilities.  I thrive in situations that require solution thinking and need a ‘get things done’ attitude.

I am committed to growing strong, long lasting relationships with my fellow filmmakers, actors and production crew alike as I believe that this is vital to creating powerful film productions. I bring endless enthusiasm, a strong work ethic, and an unrelenting desire to bring light and fun to each situation.