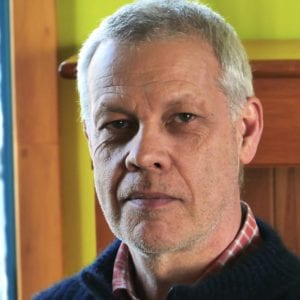 “John is a story-teller with several short animations under his belt including an award winner at the 2013 Bitcoin Film Festival in Germany, and the 2019 and 2020 “Best Animation” awards at the All Shorts festival. He wrote and directed the one-shot live action monologue “The Morning After” for which Gayle Hay won Best Actress award  at the ToTs Film Festival in 2019. In 2020 he produced Gayle’s movie “The Garden” which took home Best Actress and Best Supporting Actress awards. During 2021 he has written and acted in the drama “9 Lives”  and written and produced “Parsley” a black comedy set in the 1960s. He has also been a script advisor, an extra and worked the clapper board on various other shorts produced by the community.”