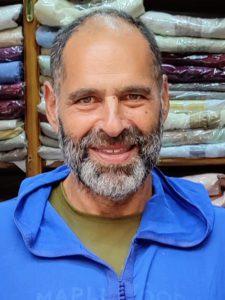 Originally from the United States, I have lived in New Zealand since 2001. Before moving here, I worked in various roles in television production including producer/director, writer, editor, videographer, and talent.

I’m a member of Nelson’s The People’s Republic of Improv, have performed live theatre, and acted in short films. I also write and perform stand-up comedy.

I’m interested in acting roles and writing/collaborating on projects.