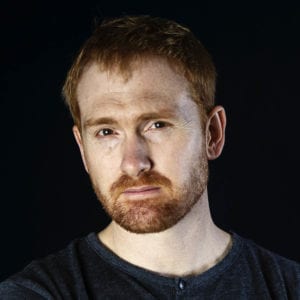 Doug Brooks is a New Zealand born writer, actor and director of European and Ngāti Pāmoana descent and co-founder of the Top of the South Filmmakers.

With over 25 years’ experience acting, Brooks has written and directed for film since 2004. His recent acting credits include Shortland Street, the feature film Bowie, and television commercials for Light Box and Four Square. In a variety of roles from runner, driver to line producer, he has worked as crew on the set of three features, including ‘The Light Between Oceans‘, ‘Dreamworks’ and ‘Reichenbach Falls’ with BBC Scotland.

Brooks won best male actor and best director in the Top of the South Film Festival 2016 and was winner of the best documentary in the 2014 Canon Eyecon competition. Holder of a Bachelor of Science with first class honours and a post grad diploma in teaching, Brooks is passionate about making opportunities for emerging talent within the region.